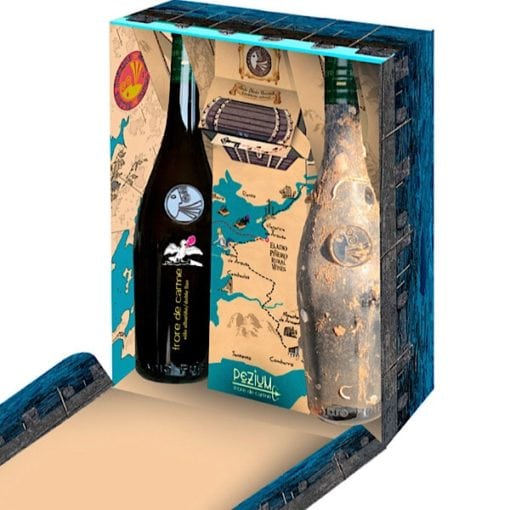 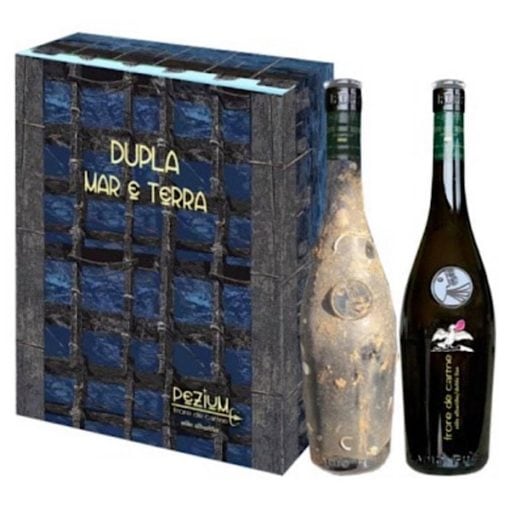 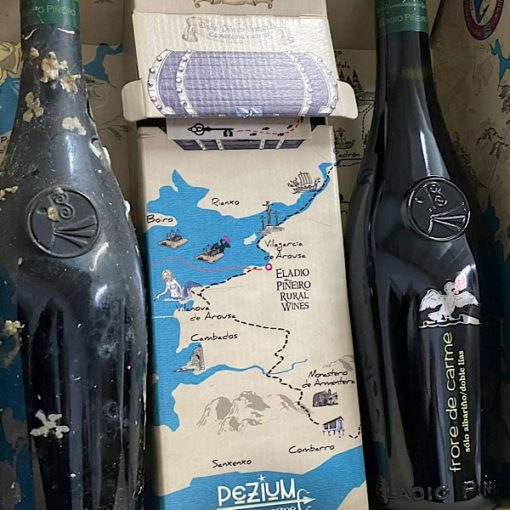 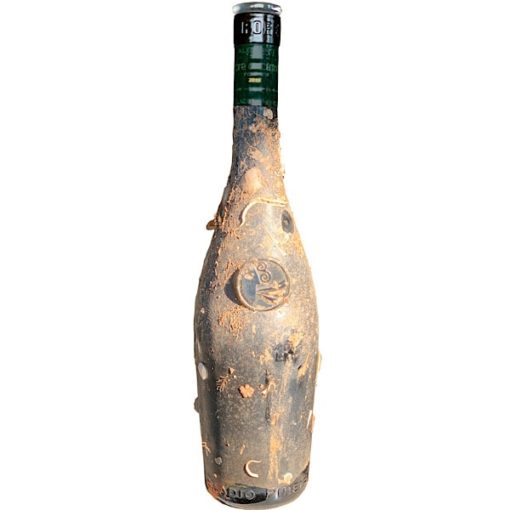 Ancestral Albariño, genuine, artisanal with subsequent aging in the ocean at 20 meters depth. Spontaneous fermentation, without malolactic and prolonged aging on its own Lees. The vineyards are distributed in privileged areas within the varied orography of the Salnés Valley. The harvest of the 2016 harvest was during the penultimate and last weeks of September. After the manual collection of the bunches in the vineyard and subsequent selection in the cellar they are macerated (8-10 hours), pie de cuba is made days before to help the spontaneous fermentation with its own “wild” yeasts, ferments at a low temperature very prolonged in time. It was aged on its fine Lees, making monthly batonage, in stainless steel tank, for 1 year, plus 3 months with Lees of the next vintage (2017), subsequently matured 9 months more without Lees also in stainless steel, being bottled on Flower Day in November 2018, for a subsequent aging in bottle of more than 6 months in the cellar, being submerged in the Ria de Arosa on June 11, 2019 and recovered from the sea on July 10, 2020 (13 months), final refinement in bottle for 6 months. We begin marketing in the first week of December 2020.