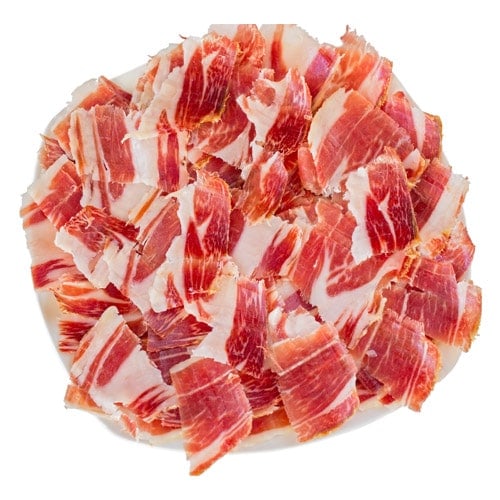 Product Information
Sliced Cebo de Campo 100% Iberian Ham in sachets of 100gr each
The company won Food Award of Spain for the best acorn-fed Iberian Ham 2016 according to Ministry of Agriculture, Fisheries & Food, Government of Spain.
Enjoy the best Cebo de Campo Iberico Ham 100% awarded with the new Official Black seal, distinction of maximum quality in the breeding and curing, in accordance with the Quality Regulation of the Iberian Ham (Royal Decree 4/2014).
ChinChin Advantages